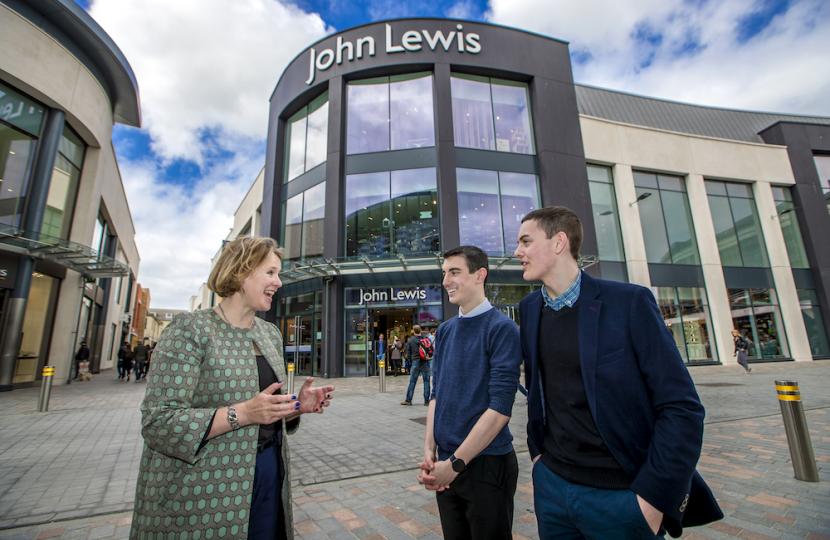 Vicky Ford was elected in 2017 as the Member of Parliament for Chelmsford. She is a member of the Parliament’s Science & Technology and Women & Equalities Select Committees. Vicky chairs the All-Party Parliamentary Groups for Internet & Communications Technology, Cyber Security, Rare Diseases and Women in Parliament. She also chairs the Conservative Backbench Policy Committee on Brexit.

Vicky was a Member of the European Parliament for the East of England constituency from 2009 – 2017.

She chaired the Internal Market and Consumer Affairs Committee (IMCO) – a powerful economic committee in the European Parliament – during which time she was ranked in the top 10 most influential MEPs by Politico magazine.

As well as spearheading digital policy and single market reforms to boost trade, Vicky led negotiations that put an end to mobile roaming charges in the EU and changes to European gun laws after the Paris terrorist attacks. She also led on banking reform in the aftermath of the financial crisis, on budgetary reforms for Eurozone countries and helped establish a €80 billion Horizon fund for science and research that brought over £500 million into the East of England.

Prior to her election as a MEP Vicky was a local councillor in South Cambridgeshire, holding portfolios for finance and community development.

Before entering politics, Vicky was a managing director of a major international bank. She has been involved in raising finance for key infrastructure projects across Europe, the Middle East and Africa.

Vicky was born and grew up in Northern Ireland. She read Maths and Economics at Trinity College, Cambridge where she met her husband Hugo, a cancer specialist. They have three student-aged children.